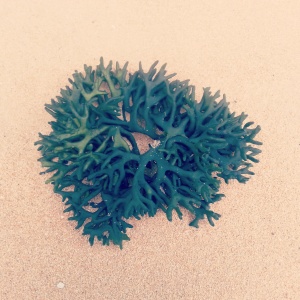 A few years ago, before I got into autism research, I worked on a couple of projects looking at Down syndrome and Williams syndrome. Down syndrome, I assume, is familiar to most readers. Williams syndrome is much rarer and less well known, but is of considerable interest to researchers, not least because the extremely sociable personalities of many people with Williams syndrome provide an interesting (although complex) contrast with autism.

What these two syndromes have in common is that both are defined in terms of their genetics. Down syndrome is the result of having an extra copy of chromosome 21. Williams involves a deletion of a small sequence of genes on chromosome 7. But even without genetic testing, people with Down’s and Williams are pretty easy to identify because each syndrome has its own characteristic facial structure.

Doing research on these two syndromes wasn’t easy, but at least we could be confident that the people in our study all had the same condition – and that our participants were coming from the same population as those in other studies by other research groups.

The same, unfortunately, can’t be said about autism. While it’s certainly a genetic disorder, in the sense that it is highly heritable, we’re still some way from fully understanding what those genetic mechanisms might be. And so, at least for now, autism is defined in terms of behaviour. Show enough atypical behaviours, tick enough boxes, and you get an autism diagnosis.

What this means in practice is that people with autism are an extremely varied bunch. In a 2007 paper, Daniel Geschwind and Pat Levitt argued that we should really stop talking about autism as if it were a single entity and instead talk about “the autisms” as a collection of distinct disorders.

While this idea has certainly gained some traction, it’s still the case that most autism research focuses on the differences between autistic and non-autistic people, ignoring the variation within the groups. Often, the implication is that the group average is somehow representative of all people with autism. But if, as Geschwind and Levitt argue, there really are many autisms, the average of the autism group may not actually be representative of anyone.

A study out last week in the journal, Molecular Autism, illustrates this point rather nicely in concrete terms. And it does it by looking at differences in facial characteristics.

The study was conducted by Kristina Aldridge and colleagues at the University of Missouri. They took multiple photos of 64 boys with autism aged between 8 and 12 years, and then stitched the photographs together to create a 3D realisation of each boy’s face. They then identified 17 different points on each face (as shown below) and measured the distance between them. The faces of the autistic boys were then compared with those of 41 typically developing (i.e., non-autistic) boys.

The press release from the University of Missouri summarises the results as follows:

However, a second analysis lends a very different perspective on these results. Aldridge and colleagues performed a cluster analysis of the 64 autistic boys and identified two subgroups with distinctive facial characteristics.

The first subgroup contained 12 boys, who had wider nose and mouth but a shorter distance between the upper and lower parts of the face.

The second subgroup contained just 5 boys, and was characterised by a wide upper face.

The faces of the remaining 47 boys were indistinguishable from those of typically developing boys.

These results rather undermine the claims of a “distinct facial phenotype” in autism. On average, the autistic boys had a shorter middle face region and a broader upper face than controls, but these characteristics, it would appear, were actually owned by different individuals. It’s quite possible that no single individual actually possessed the average “autistic face”. And most of the boys (almost three quarters of the sample) didn’t show any of the “distinct” characteristics.

Aldridge et al.’s data show the problems inherent in relying on the group average, but they also demonstrate how much richer an understanding can be gained by considering individual differences within autism.

Citing evidence that the brain and face both develop from the same embryonic structures, Aldridge and colleagues argue that atypical facial structure in autism is a clue to underlying differences in early prenatal development. If we take this at face value (pun intended), then the data actually suggest that there are multiple different ways in which embryonic development can diverge from the typical trajectory, each associated with different facial profiles.

We don’t know (as yet) about the brain structure or function of the boys in this study. However, Aldridge et al do report that these two different facial subgroups differed in terms of their clinical and cognitive profiles. Boys in the first subgroup tended to have more severe autism symptoms, lower IQ, and a higher incidence of regression (loss of skills).

An obvious next question involves the origin of these facial and behavioural differences. Williams syndrome and Down syndrome provide obvious comparisons and suggest a possible genetic cause. The authors note that boys with Fragile X syndrome, chromosomal disorders (like Down syndrome), or copy number variations (like Williams syndrome) were excluded, but it’s not clear (to me at least) how consistently the participants were screened, or how easy it would have been to miss a genetic “abnormality”. This screening also wouldn’t rule out that possibility that particular combinations of common genetic variations could lead to developmental differences.

It’s also worth considering possible non-genetic influences. Although not implicated in this study, fetal alcohol syndrome provides another example of a syndrome where cognitive developmental problems are associated with distinctive facial features, but in this case the primary cause is environmental rather than genetic.

Only time will tell whether the subgroups identified by Aldridge and colleagues fall out of other datasets with other groups of autistic individuals. Perhaps larger studies with additional measures will be able to pull out other subgroups.

The general point will stand, however. Looking at autism in terms of group differences – autism vs not-autism – only gives a limited and sometimes distorted view. Progress in autism research will depend on the investigation of differences within as well as across diagnostic boundaries.