Please check out my full portfolio on Contently

Can gut bacteria cause autism (in mice)? Medium

Two weeks ago, a paper published in the journal Cell claimed to provide evidence that microbes in the gut contribute to the development of autism. The researchers, led by Gil Sharon and Sarkis Mazmanian at the California Institute of Technology, found that mice with gut bacteria from autistic children exhibited more “autistic-like” behaviours than mice whose gut bacteria came from non-autistic children. The result, if true, could have important implications for understanding the causes of autism and, potentially, its treatment. 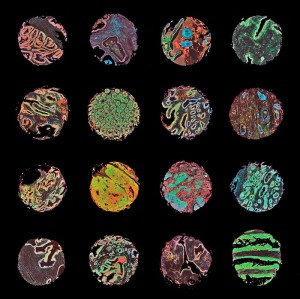 It takes me a few moments to recognise the name. I’ve arrived early at the National Health and Medical Research Council’s Research Translation Symposium at the University of Sydney and I’m sitting, coffee in hand, planning my route through the day’s program. A gentleman, quietly spoken, in a sharp blue jacket, asks to share my table. His conference badge identifies him as C. Glenn Begley. We’re shaking hands when I remember his significance. Six years ago, Begley published an article in the journal Nature that was, in hindsight, a seminal moment in science. In three tersely worded pages, it ushered in what’s become known as the “replication crisis” — a growing recognition that many published scientific findings cannot be reproduced by independent scientists and may, therefore, be untrue. There’s a rueful smile when I mention this, a slight rolling of the eyes. But he is soon telling me the back story.

Are tweets a goldmine for psychologists or just a lot of noise? Researchers clash over the meaning of social media data. BPS Research Digest

Johannes Eichstaedt was sitting in a coffee shop by Lake Atitlan in Guatemala when he received a slack about a tweet about a preprint. In 2015, the University of Pennsylvania psychologist and his colleagues published a headline-grabbing article linking heart disease to the language used on Twitter. They’d found that tweets emanating from US counties with high rates of heart disease mortality tended to exhibit high levels of negative emotions such as anger, anxiety, disengagement, aggression, and hate. The study, published in Psychological Science, has proven influential, already accruing over 170 citations. But three years later, the preprint authors Nick Brown and James Coyne from the University of Groningen claimed to have identified “numerous conceptual and methodological limitations”. Within the month, Eichstaedt and his colleagues issued a riposte, publishing their own preprint that claims further evidence to support their original conclusions.

Our neurons in unison. Lateral

Neurons come in assorted shapes and dimensions — pyramidal, Purkinje, basket, spindle. But their core programs are in essence the same: accumulate electrical charge, and, when it reaches a certain level, fire an electrical impulse. On its own, each neuron is inconsequential, a dumb oscillator, cycling endlessly through the same program. Fire and recharge. Fire, recharge. But through feedback loops and dense interconnections, neurons gently nudge one another towards synchrony, forming and breaking alliances signalled by their common rhythm. And it is through these rhythms, through the dappled waves of electricity rippling through the brain, that our experience of this universe arises. 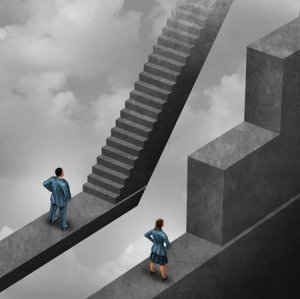 Women are significantly under-represented as last authors on high-quality research papers, according to a recent analysis of the journals tracked by the Nature Index. The study, published in PLoS ONE “shows just how comprehensively men dominate publishing in science,” says Deb Verhoeven, associate dean of engagement and innovation at the University of Technology Sydney (UTS), whose recent investigations into research funding in Australia has also uncovered significant gender inequity. “It provides powerful evidence that corroborates what many women already know and have personally experienced as scientists.”

You’re walking down a narrow corridor. Someone is walking toward you, so you step to one side. But in that moment, they step to the same side. You make eye contact, grin awkwardly and then, without a word, negotiate a way around each other. Our lives are full of these delicate social dances. Whether we’re having a conversation, playing a game or trying to avoid collisions with passersby, our social interactions are reciprocal. My behavior affects your behavior, which in turn affects my behavior. But until the past few years, research into social cognition — the psychology of human interaction — has been decidedly non-interactive. Participants looked at images of faces, read short stories about social scenarios, or watched videos of other people interacting. They didn’t actually interact with another person.

Autism diagnosis by brain scan? It’s time for a reality check. The Guardian

What if I told you that we can now identify babies who are going to develop autism based on a simple brain scan? This, in essence, is the seductive pitch for a study published last week in the journal Nature, and making headlines around the world. Early identification and diagnosis is one of the major goals of autism research. By definition, people with autism have difficulties with social interaction and communication. But these skills take many years to develop, even in typically developing (i.e., non-autistic) children. Potential early signs of autism are extremely difficult to pick out amidst the natural variation in behaviour and temperament that exists between all babies. A brain scan for autism would be a major step forward. But is the hype justified?

Every week, scientists publish new studies reporting differences between people with and without autism. Many of these studies involve some form of biological test — for example, a brain scan, a blood test or a measure of eye movements. Coverage of these studies in academia and the popular media often suggests that the test in question could serve as a ‘biomarker’ for autism — an objective way of determining whether someone has the condition. The hope is that biomarkers could one day allow clinicians to identify people with autism earlier, more accurately and more efficiently than is currently possible. These are noble objectives. But with any potential biomarker, finding a difference, on average, between people with and without autism is only the first small step toward clinical utility. 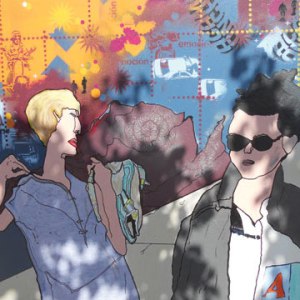 Combining the old and the new The Psychologist

Mark Rimland was not like other babies. As his father, Bernard, later recalled, ‘Mark was a screaming, implacable infant who resisted being cuddled and struggled against being picked up’. The paediatricians were baffled, and it was only after his mother, Gloria, remembered reading about Leo Kanner’s description of ‘autism’ in a psychology textbook that a diagnosis was eventually made. Today, autism is considered to be a neurodevelopmental disorder arising from the complex interplay of genetics and environmental factors during pre- and early post-natal development. However, in 1958, when Mark was first diagnosed, it was generally regarded as the child’s reaction to a lack of maternal affection – the infamous ‘refrigerator mother’ hypothesis. Bernard knew that this was nonsense and set out to determine the real cause of his son’s difficulties.

MEG for kids: listening to your brain with super-cool SQUIDs. Frontiers for Young Minds

Inside your brain, you have over 80 billion neurons – tiny brain cells, all working together to make you the person you are. Neurons talk to each other by sending electrical messages. Each message creates a tiny magnetic field. If enough neurons are talking together, we can listen in on their conversations by measuring the magnetic field around your head. We call this MEG, which stands for magnetoencephalography.

Does psychology belong in the science club? The Conversation

From genetics to climate change, building, testing, and improving models of reality is an entirely legitimate way of doing science – and that’s precisely how psychology works. We can’t measure memories, beliefs or attitudes directly. But we can measure behaviour. And we can use those measurements to test the predictions of our psychological theories – our models of the mind. Psychology is a science. But the connection goes far deeper.

Redefining autism in the DSM-5. The Conversation

For autistic people and their families, getting an autism diagnosis is just the first step in a long struggle to access much-needed intervention, support, and appropriate education. In Australia, as in many countries, autism diagnoses are made according to criteria laid out in the Diagnostic and Statistical Manual of Mental Disorders (DSM). The latest update to the manual, the DSM-5, is due for publication in May 2013 and will bring significant changes to the definition and diagnosis of autism.

One of my favourite bits about being a dad is, every now and then, just casually blowing my little boy’s mind – with science. Last weekend, for example, we were out for a stroll when he paused, looked up at the sky, and came out with “I wish I had a rocket so I could go and stand on a cloud”. Sensing an opening, I explained that clouds were made of tiny droplets of water that hang in the air, so you wouldn’t ever be able to stand on one. But that, when it’s misty, that’s just a cloud that’s really low down on the ground, so it’s actually very easy to stand inside a cloud. That pleased him, as he acknowledged his chances of owning a rocket any time soon were marginal at best.

The curious case of the reversed pronoun Cracking the Enigma

“You made a circle”, exclaimed Ethan, looking up from his drawing. “You did make a circle”, his mum acknowledged, ignoring the fact that, not for the first time, Ethan had reversed the pronoun, saying “you” when he should have said “I”. Ethan was one of six children from Providence, Rhode Island taking part in a study of child language development. Every couple of weeks, a researcher from Brown University would visit him and his mum at home, record, and then transcribe their conversations in painstaking detail. The transcriptions would show that Ethan was a prolific reverser of pronouns; frequently saying “you” when he meant “I” and “your” instead of “my” or “mine”. This curious habit began as soon as pronouns entered his vocabulary and he was still reversing pronouns when, just before his third birthday, the study came to an end.

“A love letter to your future self”: What scientists need to know about FAIR data. Nature Index, February 2019.

Can blockchain put the trust back into science? Hacker Noon, Nov 2018.

Science and blockchain – taking a global perspective. Hacker Noon, May 2018.

Are tweets a goldmine for psychologists or just a lot of noise? Researchers clash over the meaning of social media data. BPS Research Digest, April 2018

Our neurons in unison. Lateral, Feb 2018

Is your iPhone bad for your mental health? Careers with STEM, Aug 2017

Get flexible. Careers with STEM, Aug 2017

Combining the old and the new. The Psychologist, Oct 2014

MEG for kids: listening to your brain with super-cool SQUIDs. Frontiers for Young Minds, April 2014

Does psychology belong in the science club? The Conversation, Sep 2013

Redefining autism in the DSM-5. The Conversation, Oct 2012

PDD-NOS and DSM-5 The Thinking Person’s Guide to Autism, Nov 2011

The curious case of the reversed pronoun

Did Alan Turing have Asperger syndrome?

The common sense of science

Autism and the art of campervan maintenance

The many faces of autism

The messy science behind The Autism Enigma

Networks in the autistic brain – insights from graph theory

Of autistic mice and men